National: Former Possessions of the Spanish Empire by Michelle Peñaloza

Michelle Peñaloza was born in the suburbs of Detroit, Michigan and grew up in the suburbs of Nashville, Tennessee. She is the author of two chapbooks, landscape/heartbreak (Two Sylvias, 2015), and Last Night I Dreamt of Volcanoes (Organic Weapon Arts, 2015). Former Possessions of the Spanish Empire, winner of the 2018 Hillary Gravendyk National Poetry Prize, is her debut full-length collection. Her poems appear in Prairie Schooner, New England Review, TriQuarterly, Pleiades, Electric Literature, Poetry Northwest, and other journals and anthologies. A Kundiman fellow, she is the recipient of the Starlin Poetry Prize from the University of Oregon, grants from Artist Trust and 4Culture, as well as fellowships and scholarships from VONA/Voices, Oregon Literary Arts, the Richard Hugo House, Lemon Tree House, Caldera, the Bread Loaf Writers’ Conference, and the Key West Literary Seminar, among others. Michelle lives in rural Northern California.

Regional: All the Emergency-Type Structures by Elizabeth Cantwell

Elizabeth Cantwell lives in Claremont, CA, where she teaches high school, mentors teenagers, and writes as many poems as she can. She has published one full-length book of poetry, Nights I Let the Tiger Get You (Black Lawrence Press) and one chapbook, Premonitions (Grey Book Press); her poetry has also appeared in a number of journals, including DIAGRAM, The Missouri Review, The Cincinnati Review, PANK, and The Los Angeles Review. She is still sad about David Bowie.

Malcolm Friend is a poet originally from the Rainier Beach neighborhood of Seattle, Washington. He received his BA from Vanderbilt University, and his MFA from the University of Pittsburgh. He is the author of the chapbook mxd kd mixtape (Glass Poetry, 2017) and the full length collection Our Bruises Kept Singing Purple (Inlandia Books, 2018), winner of the 2017 Hillary Gravendyk Prize. He has received awards and fellowships from organizations including CantoMundo, VONA/Voices of Our Nations, the Center for African American Poetry & Poetics, Backbone Press, and the University of Memphis. 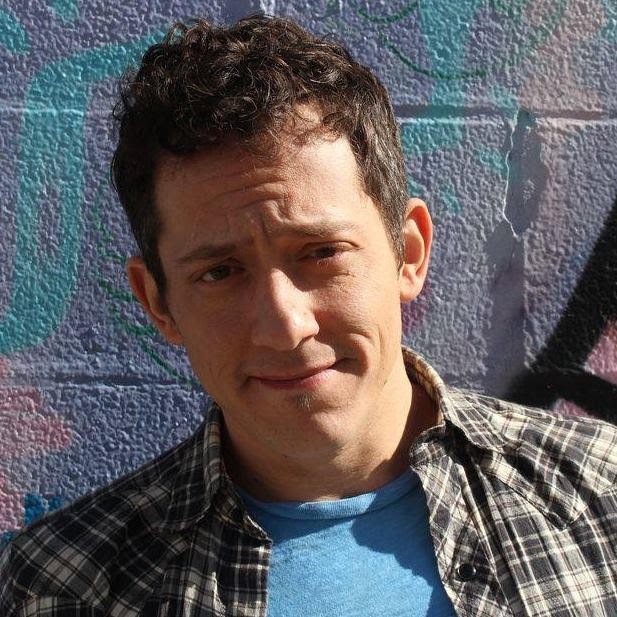 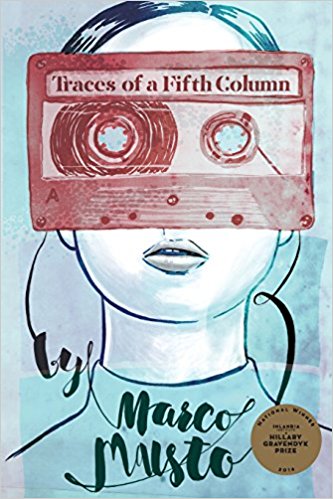 National: Traces of a Fifth Column by Marco Maisto

Traces of a Fifth Column, the National winner of the 2016 Hilary Gravendyk Prize, is a manuscript composed as of a series of dense, lively fragments across a wide canvas, each of which are more than capable of carrying the weight of the entire collection. Traces of a Fifth Column is a rich, meditative collage of essay-sketches that attempt to comprehend, through exploring meaning, language and being. 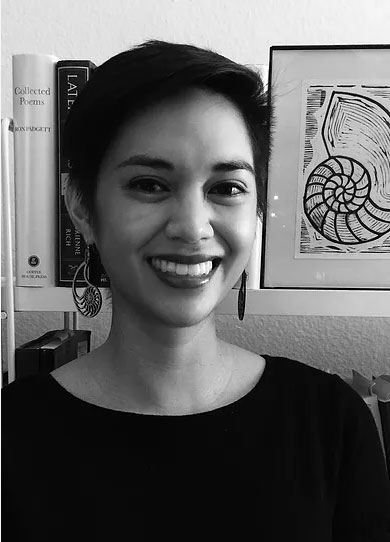 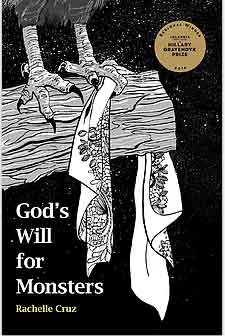 Regional: Gods Will for Monsters by Rachelle Cruz

In God’s Will for Monsters Cruz guides the reader through the uncharted roads of experimental poetry. Cruz maps out a singular journey using narrative prose, faux scholarly excerpts and even seemingly banal transactions to light the way.  This extraordinary work creates a stirring atlas of the author’s own life, history and ethnicity that allows the reader to become a local, a friend and a fellow traveler.

More about the competition.

Celebrating our region in world, image, and sound.