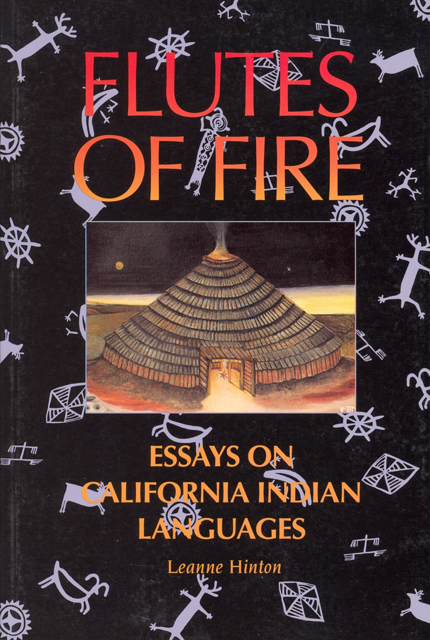 Before outsiders arrived, about 100 distinct Indian languages were spoken in California, many of them alive today. Each of these languages represents a unique way of understanding the world and expressing that understanding.

Flutes of Fire examines many different aspects of Indian languages: languages, such as Yana, in which men and women have markedly different ways of speaking; ingenious ways used in each language for counting. Hinton discusses how language can retain evidence of ancient migrations, and addresses what different groups are doing to keep languages alive and pass them down to the younger generations.

Leanne Hinton is associate professor of linguistics and director of the Survey of California and Other Indian Languages at the University of California, Berkeley. She is the author of several books, including Flutes of Fire (Heyday, 1994) and The Green Book of Language Revitalization (Academic Press, 2000), and she is a co-founder of Advocates for Indigenous California Language Survival. She also writes a column on languages for News from Native California and works with native people throughout the state on language preservation projects.